A (More) Mature mRNA Therapeutics Industry: 4 Best Practices To Get There 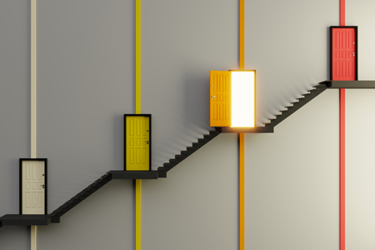 It is almost impossible to sum up a conference in a single phrase. But occasionally, a single, statement has the power to cut through all the complexity and fully express the opportunity and challenge facing an entire industry.

Though the hundreds of us attending July’s mRNA-Based Therapeutics Summit in Boston were spoiled by a wide array of best practices, publications, and data points, there was one quote that rose above all others. During the plenary session panel discussion, executives from several Big Pharma companies were asked about the mRNA-related development they were most excited about. Kathy Fernando, VP, head of worldwide R&D & medical operations; head of mRNA scientific planning, Pfizer, expressed it beautifully: “I expect that by the end of this decade, there is the potential that every human being on this planet will have had the opportunity to benefit from mRNA.”

It was this quote I kept coming back to as I sat through the panels laying bare the many discovery, preclinical, and manufacturing realities and opportunities facing the fledgling mRNA industry. Of course, Fernando’s quote clearly summarizes the industry’s grand goals: to see more life changing treatments in patients’ hands. But I’d also argue this grand vision is simultaneously the industry’s greatest challenge. To give patients the opportunity to benefit from mRNA therapeutics, the entire ATMP industry will need to achieve the difficult balance between scientific diversity and standardization — both inside AND outside of developed countries.

Throughout the two-day mRNA Therapeutics Summit, there were four key takeaways that I felt clearly demonstrated how the mRNA industry could incrementally achieve Fernando’s industry prediction. In the following series, I break down each of these best-practice-oriented takeaways into 4 bite-sized (-ish) parts, which I’ve consolidated in one place and linked below. I hope you enjoy this sweeping look at the many emerging business and scientific nuances of the mRNA space.