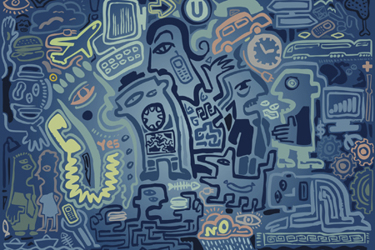 This article is part two of a four-part series unpacking my biggest takeaways from the mRNA Therapeutics Summit, which took place in Boston on July 27 & 28, 2022.

My previous article in this series emphasized the importance of external partnerships to bring the mRNA industry to greater maturity. But you may find that becoming a successful player in the mRNA space — particularly if you are a bigger company — will require greater in-house collaboration in ways that shake-up the traditional operational and commercialization structure.

In the typical commercial model, which Pfizer’s Jane True, VP, mRNA commercial development, outlined for those of us in her presentation at the mRNA Therapeutics Summit, a new drug moves through a pharma company’s departments like a product along an assembly line. From research, it progresses to preclinical development, into animal models, and on to the clinic. After regulatory approval, the product is handed over to the commercial departments, and the R&D teams will set their sights on a brand-new project — quite often in a completely different therapeutic class than the previous one. Yes, there is always some element of life cycle management (ie., improved formulations/administration routes, strengths, additional indications, etc.). But the future that Pfizer’s True and many others anticipate in the mRNA space promises a different — and much more interesting — life cycle management approach.

It's often said that companies with mRNA products in their pipelines could one day establish a platform approach. What this may look like and/or require from a company operationally is rarely touched upon, however. Hence, why I appreciated True’s correlation between an mRNA platform and Apple’s platform. As she pointed out, Apple didn’t just stop with the iPhone; they continued to make next-generation versions of the phone, the iPad, iWatch, and invested in improving those overall technologies by launching new software updates, applications, (i.e., the Safari browser), and products (i.e., Apple Music). In other words, the platform approach is one in which each asset builds on top of the others that have come before.

In the mRNA world, companies today are exploring how tweaking the LNP and/or RNA design could incrementally improve or alter a product’s deliverability, potency, and durability. In some cases, True could even see these improvements on the R&D and manufacturing side playing a large role in how such products can be marketed. While it’s rare in the biopharma space to home in on a product’s raw materials or stability profile, for example, as the mRNA space evolves and matures in the future, True anticipates the delivery vehicle — the LNP or otherwise — the lipids used, and/or the thermostability profile could be part of how therapies are selected for payer formularies and/or physicians. (I’d argue we are seeing this trend sweeping across the entire ATMP space with cell and gene therapies, as well.  Whether it be manufacturing turn-around time, manufacturing failure rates, and/or a company’s physical footprint to control its manufacturing destiny, manufacturing has never been a more prominent part of a therapy’s core identity/brand.)

The end-to-end visibility from R&D all the way to commercial demands a much more flexible internal (and external) communication structure within an mRNA company. In lieu of “clean hand-offs” between departments and siloed functions, True paints a future in which we maintain the communication structures we had in place during the pandemic. While the many parallel discussions between logistics and clinical development, governments and regulatory bodies, manufacturing and external manufacturing partners had its frenzied, disorganized moments, “We still achieved something really big,” True said. “The question for mRNA companies now becomes, what pandemic-era elements must we continue to integrate into our decades-old linear commercialization structure?”