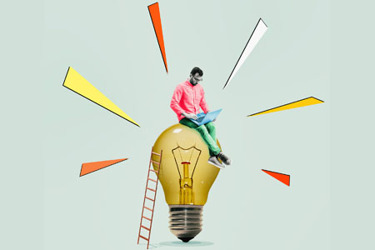 This article is the final installment in a four-part series unpacking several of the best practices shared during the mRNA Therapeutics Summit, which took place in Boston on July 27 & 28, 2022.

Those of us who attended the mRNA Therapeutics Summit a few weeks ago were spoiled by the many highly informative panels and presentations detailing how we can broaden the mRNA industry’s therapeutic impact. Over the past several weeks, I’ve published three previous articles (here; here; and here) showcasing the biggest overarching threads of discussion and best practices that arose during the conference. However, there remains one critical piece of the puzzle we must put in place to ensure everyone across the globe has the chance to benefit from an mRNA therapy. The industry will only be its most impactful if we, with the help of governments and health agencies around the world, can expand mRNA scientific and technological know-how into nations outside of the privileged few. To do this, however, I’d argue that there first needs to be a slight shift in perspective around how we think about “mRNA access.”

At the most basic level, “access” translates to more life-changing and life-saving treatments being offered, reimbursed, and placed in more patients’ hands around the world. But it wasn’t until listening to a fantastic presentation by Cristina Bruno, program manager, mRNA technology transfer for the World Health Organization (WHO), that my understanding of “mRNA access” became more multi-faceted.

Often, the benefit of an innovative therapy is limited solely to that of its clinical benefit. In the same way, we often think of “innovation” as a steep staircase carrying us through the clouds and directly into a future boasting conveniences and advancements worthy of a utopian sci-fi novel. Now, don’t get me wrong; life-changing clinical benefits and onward and upward scientific/technological progress are and will always be critical measures of success in the pharmaceutical industry. But I’d argue that mRNA promises much more for low- and middle-income countries (LMICs) as they, with the help of the WHO, strive to establish local mRNA manufacturing capabilities. Establishing the mRNA infrastructure and know-how in these countries can, of course, offer more patients access to the important clinical benefits of mRNA therapeutics. But I also consider the integration of technical know-how and capabilities in LMICs to be another type of access beyond that of the therapeutic product itself. For countries that have faced significant access inequalities, such efforts around mRNA can also serve as the gateway to broader development and access to therapeutics and vaccines outside of the realm of mRNA.

No doubt, many of you have already heard about the mRNA vaccine tech transfer hub, located in South Africa. This hub, which opened last year, serves as an educational center, from which scientific and technical know-how can be taken back to the (currently) 15 partnering LMICs to foster local vaccine and therapeutic development. This infrastructure is a step in the right direction towards helping participating LMICs limit their dependence on established nations for vaccine AND raw material development. It will also bolster each participating country’s workforce and local talent development, which remains a growing pain in every nation.

It goes without saying that this initiative is not without its challenges and limitations — whether they be related to finding partnerships, navigating the IP landscape, retaining talent, establishing regulatory pathways, and constructing the necessary manufacturing and supply-chain infrastructure.

However, as COVID becomes endemic around the globe, Bruno and the WHO are finding themselves grappling with another particularly heady question: “In what other ways can we use this mRNA vaccine footprint?” As Bruno went on to explain, it remains unclear how sustainable it will/would be to dedicate the manufacturing facilities in LMICs strictly to the production of mRNA therapeutics/vaccines. In turn, in February 2022, the WHO established a biomanufacturing training hub in South Korea to ensure that LMICs also receive the necessary education and training around biomanufacturing for all biologics and vaccines — not just mRNA-based treatments.

A system of manufacturing facilities with mRNA vaccine technology in a variety of different LMICs is a great start to this journey. However, as Bruno wisely argued, we need more than just “facilities;” we also need an entire pharmaceutical development ecosystem that provides the necessary regulatory, reimbursement, technological, and scientific frameworks to promote long-term local development and employment opportunities for those being trained.

It was in listening to her discussion that I began to confront my own limited understanding of “access.” Yes, the clinical impact of a therapy is why we pursue the development of medicine in the first place. But I’d go so far as to argue we would be selling the mRNA industry short if we think solely of “access” in terms of the final therapeutic and its clinical benefit. In the mRNA space, an equally critical part of “access” is all the work that comes before the therapeutic itself — including, the exposure to and experience with R&D, manufacturing, and quality.

We also can’t get caught up in the developed nation’s definition of “innovation” and “next-generation.” In many LMICs, “next-generation” equates simply to the availability of high-quality raw materials and biologic therapies and vaccines. While many of us in developed nations are thinking about how we can “fit” mRNA into our already existent biologic/ATMP pipelines and facilities, the opposite is true in developing nations. Rather, the question is how the mRNA development framework and infrastructure can be a gateway to the development of fundamental treatments outside of mRNA.

We hear it said from many a conference podium and webinar that mRNA boasts a more efficient, cell-free development paradigm, a smaller manufacturing footprint, and the ability to repurpose (some) biologics manufacturing tools/techniques. That’s why I’d argue the mRNA industry promises LMICs a much more holistic definition of “access” beyond that of a finished therapy. The WHO’s Bruno didn’t sugar coat the challenging work ahead; it will be an uphill battle to educate LMIC governments, industry, and stakeholders and to establish the critical regulatory, reimbursement, and manufacturing/quality frameworks. But the mRNA space with its challenging science and sustainability considerations could one day enable access to a much larger pharmaceutical ecosystem in the LMICs.