Show Me The Money! A Closer Look At COGS In Gene Therapy Manufacturing 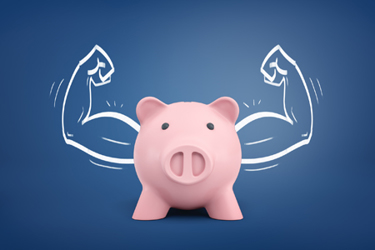 In the words of Marilyn Monroe: “A multi-faceted e-book on adeno-associated viral vectors is a girl’s best friend.”

Of course, I wouldn’t turn down diamonds, either. But when I started to cover the CGT manufacturing space, any resource I could find on viral vector manufacturing — be it an e-book, technical paper, or webinar — was just as valuable to me as any diamond.

It was thanks to one of these many resources that I found myself struck by a particular quote from Kee-Hong Kim, Tenaya Therapeutics’ CTO. When asked which AAV manufacturing challenges deserve the most brainpower today, Kim pointed to the tension that exists between the often-contradictory forces of biology and engineering.

“It’s important for manufacturers to understand when the major driver of vector productivity and quality shifts from biology to engineering during scale-up,” he wrote. “This allows manufacturers to quickly turn their focus to finding the best engineering-based operational parameters under the relatively consistent biological performance and to validating a small-scale model that can accurately or comparably predict the performance of AAV manufacturing at large scale (500-25,000 L).”

When I had the good fortune to sit down one-on-one with Kim, this quote was where we started our discussion. It’s no surprise that the groundbreaking science behind CGTs makes this industry tick; after all, innovative scientific discoveries and approaches are typically the cornerstone of each CGT company’s formation. However, CMC is starting to have its moment in the spotlight, and industry conversation has been shifting more regularly to the criticality of CMC.

As the discussion between deep science and manufacturing balances out, companies today are finding themselves at an interesting juncture. Not only are they juggling clinical trials and manufacturing for their first-generation products, but the next-gen versions of each product are always tantalizingly on the horizon.

Unlike peanut butter and jelly (or PB & marshmallow fluff?), biology and scaled-up manufacturing don’t always play nice together. Though R&D and manufacturing are both critical sciences for any company to invest in from day one, they are accompanied by strikingly different considerations and COGS. So, how can companies best juggle — or unite — their ongoing next-gen research efforts while also establishing a consistent, scalable process?

To Kim, this comes down to ensuring that all departments across a CGT company understand and adopt the mindset of an engineer with an innate respect for COGS.

It’s almost inevitable that any conversation about manufacturing will be filled with references to “Time” and “Money,” and my conversation with Kim was no exception. But while these words can be dangerously vague, Kim’s experience added some valuable context into how he approaches these two resources in his role — starting first with “money.”

Navigating The Transition From R&D To Manufacturing

When asked what he needs to successfully manufacture a drug product, Kim offered a short and sweet answer: “Give me the finalized sequences for the therapeutic gene and the capsid and, in the words of Jerry Maguire, ‘Show me the money.’ As long as I have these critical resources, I can and will deliver you the drug product.”

This was a refreshingly straightforward answer given the amount of back-and-forth conversation that must (or should) occur between the manufacturing and R&D team to finalize a suitable candidate to manufacture/scale-up. After all, just because something can be made in the lab doesn’t necessarily mean it can be accomplished at a large scale. This is why Tenaya made it a point to establish in-house scientific forums specifically so its R&D and manufacturing teams could communicate about which scientific developments can be scaled and why some cannot.

In particular, Kim placed a lot of emphasis on the word finalized when it comes to the capsid and therapeutic gene sequences. It’s inevitable that R&D teams will — and should — continue finagling with the science and striving for next generation versions. However, for the sake of overall COGS, it’s imperative that the research be pinned down when Kim is called to action.

“Because the work I do requires millions of dollars, once I start, we must continue all the way to the end to the drug product,” Kim explained. “Of course, the company can — and should — be working on a second-generation product. But stopping manufacturing six months and millions of dollars later to swap in a newer, more promising candidate will not be economically viable.”

Instead, companies need to keep the long game in mind. The first-generation product may not end up being the “golden child” of the pipeline. But if the company sees success in the clinic and can demonstrate a consistent and reliable manufacturing process to the FDA, achieving clinical milestones and ultimately garnering a BLA will generate more funding for future R&D and manufacturing of second and third-generation products.

Getting To Know Your AAV: The Analytics Will Cost You

For the development of any gene therapy, there’s a long list of steps to take and decisions to make. Companies must identify the critical starting materials (e.g., HEK293, Sf9 or HeLa cells) and critical ancillary materials (e.g., plasmids, recombinant baculovirus or adenovirus); select an adherent or suspension-based process; establish an analytical platform; and, following process development, analytically characterize the resulting materials.

Though none of the aforementioned-decisions or processes are simple, Kim singled out analytical development as one of the biggest, most expensive and important lifts for gene therapy companies starting out or starting again — in part due to the sheer number of assays required to identify, quantify, qualify and validate a gene therapy’s CQAs. I appreciated Kim’s analogy to emphasize the drastic differences in molecular complexity between an antibody and an AAV gene therapy: if an antibody is a small sedan, an AAV gene therapy is an aircraft carrier. While characterizing an antibody may require 10 to 15 assays, a gene therapy will employ upwards of 35 assays. In addition to the regularly discussed potency assay matrix, there are also suites of assays to demonstrate stability and to characterize starting cell lines and drug substances.

In addition to being stymied by the ongoing talent crunch afflicting all areas of CGT manufacturing, the analytical sector is also challenged to develop best use cases for newer technologies. Take, for instance, the ongoing discussions and debates around how to best measure full-empty capsids. Kim pointed to what has been a decade-long technological evolution away from electron microscopy toward cryo-electron microscopy and analytical ultracentrifugation.

“Each technology has different challenges and limits,” Kim qualified. “So, the hurdle facing analytical teams is understanding what those limits may be and — just as important — the FDA’s familiarity with and tolerance for such a technology.”

While many experts coming from the antibody world are familiar with the analytical processes for biologics, applying those technologies/processes toward these less understood and complex CGTs — in addition to grappling with newer technologies — is no mean or cheap feat. Add to this list of challenges the FDA’s increasingly granular requests to characterize the vector and all of its contents and the industry’s push for next-gen capsids to improve the vector’s deliverability, immunogenic profile, and/or targeting ability, and Kim’s straightforward engineering mindset makes even more sense. After all, with each new capsid comes new peptide sequences — and for those working in upstream and downstream process and analytical development, the terms “new” and “sequence” together typically translate to “starting over” (and, in turn, “Show me more money!”)

So, despite — or perhaps because of — the many nuances inherent in drug discovery, development, and manufacturing, Kim’s goals are refreshingly straightforward. For Kim, the end goal is to demonstrate that the therapeutic gene sequence — also known as the reference sequence — remains the same following scale-up and/or other process changes. It’s also critical that the finished drug product boasts the same (or comparable) potency.

If you like what you read here, join us for part 2, in which Kim and I walk through the importance of “Time” in CGT manufacturing — and in what specific ways manufacturing firms can define the phrase “time well spent.”