Living Happily Ever After With Your Cell Therapy Facility: Where Do You Start? 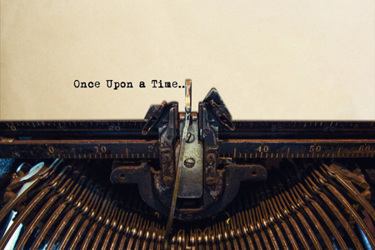 In recent months, I watched an Endpoints News webinar entitled, “Strategies For Building A Cell Therapy Manufacturing Facility.” The webinar, which included executives from Tenaya Therapeutics, Iovance, Kite Pharma, and Instil Bio, provided some great considerations and best practices for those of you who have chosen to take the plunge into building your own capacity.

Because the C&G space is a wild adventure, to say the least, I wanted to share these experts’ insights in a less traditional way: via a (very simple) “choose your own adventure” series of articles. This “adventure” addresses the following scenario:

You’ve left the shiny boardroom table. You’ve won over the executives and the investors; you’ve eaten the cake; you’re still drinking the champagne. You’re going to build your own cell and gene therapy manufacturing facility! Congratulations!

But as the champagne bubbles hit your tongue, the overwhelming question rears its ugly head: What now? Where do I even start?

This is why you find yourself, post-celebratory champagne, sitting on a park bench, trying to figure out an initial course of action. You have a notebook open on your lap. You’ve gone so far as to write out “Cell Therapy Manufacturing Site Facility: Plans Course Of Action.” You write “Step 1.) and immediately get distracted by a crow.

As you’re staring at that crow, willing it to fly over and steal your notebook, you hear someone clear their throat next to you. (You actually didn’t even realize someone was sitting next to you, which makes the fact that you were just humming Justin Bieber’s “Peaches” to yourself even more embarrassing. [It helps you think.])

As fate would have it, you’ve fortuitously ended up on the same park bench as Scott Bertch, executive director, clinical site head of Tenaya Therapeutics, which recently announced its plans to build its own facility. He asks if he may be so bold as to help you fill in number one on your currently blank list — and you all but shout yes, please.

A good first step, he explains, is to do a cost-benefit analysis to evaluate the different approaches you may wish to take. Choosing how you want to build is not a cut-and-dry decision; there are a few options to weigh. For one, there’s the increasingly popular modular design, which offers a more efficient parallel path approach. The tradeoff for that efficiency, however, is that you may find it more difficult to make changes following design approval. Engineered wall systems are another option; this strategy doesn’t require as much construction time but costs a pretty penny. Finally, you can always choose to go with conventional construction, he points out, which from a flexibility standpoint is beneficial, but you’ll need to have a lot of time on your hands for the actual construction process.

“At Tenaya, we chose to go full modular, just because of the amount of parallel pathing it allowed us, he explained. “We have a mix of products coming down the pipeline, and we wanted the ability to push or pull back on products we were manufacturing as needed. So, going the modular route enabled the host facility to make its changes in parallel while the modular facility was being constructed off-site. The final marrying of the two is a short on-site exercise.”

From a time-to-market, facility expansion, and workforce training standpoint, going modular has also been a winning proposition in Scott’s eyes. After all, each treatment is manufactured using one or several pieces of equipment. When it comes time to scale, you don’t need to invest in a larger piece of equipment — you simply purchase another set of the same equipment. All the requirements remain the same, which means previous lessons learned, documentation, and training protocol can easily be applied across the board.

“It becomes very repetitive, which is advantageous from a speed to market and expansion perspective,” he concluded.

As Scott was filling you in on his experiences, you noticed the word “modular” had stopped a nearby walker in his tracks. As if it wasn’t kismet enough that you sat down next to one manufacturing guru, it turns out this park also happens to be the stomping grounds of Alexis Melendez, senior director, facilities and engineering at Kite Pharma.

As Alexis approaches your bench, he doesn’t miss a beat, re-affirming the merits of going modular; in fact, he goes so far as to proclaim it essential for a cell therapy company which, first and foremost, must embrace flexibility.

However, he is also quick to point out that, from an operational standpoint, there are a few unique aspects you must be prepared for in the cell therapy space — especially when you’re building a facility for make-to-order autologous therapies.

Now, you’re faced with a choice: You can choose to spend the rest of your afternoon on this park bench watching the crow peck at the dirt, or you (and Scott, if he so wishes) can take a walk with Alexis to learn what you need to be thinking about right off-the-bat with your new facility.