Living Happily Ever After With Your Cell Therapy Facility: How To Plan For A Make-To-Order Model 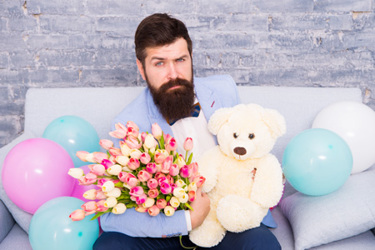 In recent months, I watched an Endpoints News webinar entitled, “Strategies For Building A Cell Therapy Manufacturing Facility.” The webinar, which included executives from Tenaya Therapeutics, Iovance, Kite Pharma, and Instil Bio, provided some great considerations and best practices for those of you who have chosen to take the plunge into building your own capacity.

Because the C&G space is a wild adventure, to say the least, I wanted to share these experts’ insights in a less traditional way: via a (very simple) “choose your own adventure” series of articles. This “adventure” addresses the following scenario:

As you were striving to come up with a plan for your company’s new cell therapy manufacturing facility, you found yourself fortuitously sitting on a park bench next to Scott Bertch, executive director, clinical site head of Tenaya Therapeutics. As he filled you in on how Tenaya approached the decision to invest in a modular manufacturing facility, you were approached by Alexis Melendez, senior director, facilities and engineering at Kite Pharma, who had his own thoughts on the challenges the current “make to order” cell (and ex-vivo gene) therapy manufacturing model poses to your facility operations.

You join him on his walk to hear his thoughts on two burning questions you have: What does a “make-to-order” model mean for my manufacturing facility, and what should I be thinking about from the beginning?

“In the traditional biologics manufacturing space, usually there is a summer and a winter shut down,” Alexis explains. “But in the cell therapy space, you’re make-to-order, meaning you don’t have the same luxury of shutting down your facility for maintenance. Any maintenance you do will need to be performed while your facility continues to operate. To succeed with , your utilities will need to N plus one.”

He also directs you to consider your equipment plans and the impact those plans will have on your critical utilities. It goes without saying that the equipment a cell therapy company has to work with is strikingly different from the large bioreactors, media prep tanks, and skids of pharma’s past (and ongoing present). Given the small size of cell therapy equipment, “I often joke with my team that we’re essentially running a glorified QC lab,” he laughs.

But just because the equipment is smaller doesn’t mean that your facility planning will be any less complex. While he acknowledges you’ll see less process piping overall, the concentration of utilities — for example, CO2 and power — being directed into the production suite will sharply increase. As such, he suggests looking into 3D modeling, which will not only be a valuable tool to help you manage this utility “maze,” but to also help you plan for expansions of the facility’s overall footprint when it’s time to scale-out.

As Alexis concludes this thought, you notice two things: one, you’re exiting the park and your office is across the street. There’s also an ice cream truck parked on the opposite corner, at which you see a man vigorously waving a comedically large triple scoop ice cream (Blue Moon!) at you and Alexis. That man, Alexis informs you, is Faraz Siddiqui, VP, process development & manufacturing operations for Instil Bio.

Now, you have a choice to make: Either you bid Alexis ‘adieu’ and head back to your office to continue your day with your new knowledge;

Or, you think, ice cream sounds so much better than your cubicle and cold coffee. Besides, the words “scale-out” and “expansion” got you thinking about a few other questions that could use some answers…