In A CGT Galaxy Close, Close To Us All, The "Cell Wars" Are (Not Really) Brewing 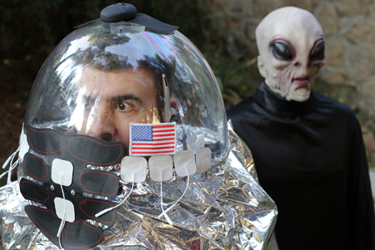 This article is the third in a five-part series unpacking the Top 5 Cell & Gene Therapy Manufacturing Evolutions in 2021— counting down from #5 to #1. In the two previous installments, we covered the talent crunch (#5) and the push towards next-generation delivery efforts (#4). Here, we continue our journey towards #1 with #3.

But heaven forbid anything be straightforward. As I was working on this series, it struck me just how nicely the lyrics to some of Taylor Swift’s biggest hits complement the larger themes I’ve noted in the CGT manufacturing space. So, in addition to providing the big CGT picture, each article will offer an accompanying song recommendation (and lyrics!), if only to add a touch of levity to the important discussions at hand.

We love posing a lot of black and white questions in the CGT industry. On the cell therapy front, “auto vs. allogenic” has been the question of the year — even though the answer is always, “Why not both?”

Sure, we’ve seen a handful of companies taking the “Taylor Swift-approach” and saying, Look what you made me do to their autologous programs as they turn to the more “chivalrous” allogeneic development. Poseida is a great recent example; in November, the CEO declared autologous cell therapy “going the way of the dinosaur” and turned the company’s attention toward its allogeneic pipeline.

But at the heart of this debate, if you take away the notable manufacturing differences (personalized vs. make-to-stock), the central theme impacting both auto and allo camps can be boiled down to three of this industry’s favorite terms: productivity, consistency, and reproducibility.

Whether the end goal is to treat a single patient or thousands, both auto and allo firms are striving to create enough of a high-quality therapy. And, thanks to the complexities of biology and a lack of standardization in the CGT manufacturing space as a whole, for the first time in history (or at least since the origin of mAbs), discussions about cell culture — particularly that devilish expansion step — have been in vogue. At least they were in 2021, and I certainly don’t see that changing over the next year.

In a previous article, I joked that cell therapy companies have taken to heart Burger King’s motto, “Have it your way.” After all, each company is facing a patchwork of choices. In addition to the different population/subpopulations of cells they may be working with, other decisions still on the menu for the foreseeable future include fresh or cryopreserved donor material; adherent or suspension cell culture; viral or non-viral transduction; and the number/complexity of edits made to the cells. If we boil that down even further, the expansion of that cell culture is ultimately impacted by the health of donors and the identification of the proper donor phenotypes; editing complexity (hello, “allo tax”); raw material selection; the prominence of manual processing; and the current immaturity of analytical and bioprocess technologies. This is no doubt why, throughout 2021, we began hearing more about the emergence of end-to-end automated and flexible manufacturing platforms that would reduce/eliminate many of these variabilities. However, there remains much collaboration ahead to learn what we need to on the cellular and process development level to ensure such technologies are flexible enough to meet the industry’s needs. (Insert “these cells” in place of the “you” in Swift’s lyrics — Look what [these cells] made me do — and the song achieves an entirely new, shocking level of meaning for the CGT industry.)

The debate over the future of cell therapy — whether it will be personalized or off-the-shelf — is certainly energetic, and there are folks lining up on both sides of the aisle to enthusiastically provide their take on the industry’s future. (For example, this is an interesting take on why autologous therapies shouldn’t and won’t go anywhere.) We’ll likely never stop having this debate — at least not in the foreseeable future. However, based on the biology-level challenges that continue to impact the manufacturing and clinical realms of both auto- and allo-players alike, I’d argue that, in 2022, the big question shouldn’t be, “Is the future of cell therapy auto or allo?” Instead, the industry — both on an individual company level and collectively (as IP permits) — should be asking, “What are our cells telling us?” and answering, “What are we going to do about it?”

We're getting closer to #1. What's one more article?