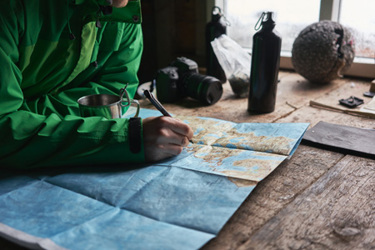 To an outsider, the cell and gene therapy industry’s journey towards realizing a fully closed, automated, and decentralized cell therapy manufacturing paradigm could be the seed of the eighth Harry Potter novel. (Scrap the Ministry of Magic; when Harry grew up, he took his powers to Pharma.) Eliminating the industry’s overall reliance on manual, impossible-to-scale processes is a forefront goal for first-generation cell and gene therapy players and tech providers. But like anything worthwhile, there are many steps and barriers along the way to such a future — including the establishment of the appropriate technologies and infrastructure to bolster a more informed and automated future.

One of the most memorable conversations I’ve had on the buzzy topic of automation was with Jason Foster, the CEO of Ori Biotech — a company striving to create a closed and automated platform for cell and gene therapy manufacturing. This was a particularly valuable conversation because Foster approached the topic of automation through two important lenses: that of an industry insider with knowledge of the scientific and technical complexities facing cell and gene therapy manufacturing, as well as that of a business leader creating a platform that aims to overcome these limitations.

Automation is a broad term, to say the least, and it likely means something different to each person. What we know for sure, however, is that that, from an efficiency and economic standpoint, greater automation and digitization of the cell therapy manufacturing process will be essential for achieving greater market access and a lower cost of goods (COGS). However, we’re still at the beginning of this journey, with a large portion of the cell and gene therapy industry only just starting to realize the benefits of piecemeal automation throughout the development paradigm.

What will it take to get the industry to the “utopia” of a fully automated process from vein-to-vein? Foster has a few ideas.

A Glimpse At Automation In 2021: What Are The Current Limitations?

Think about a mosaic made up of differently colored and sized tiles. Up close, it doesn’t really make a whole lot of sense or create an overarching image. This is what came to mind as Foster explained the current state of automation in the cell therapy industry. “We have some elements of automation, but they’re not strung together in a way that makes sense,” Foster said.

Though there have been some (albeit very few) early leaders offering closed, fully automated systems, the vast majority of automation has been limited to individual unit operations — think cell expansion, washing, harvesting, etc. Once each of these processes is completed, a human is the connecting piece, ushering and preparing the output for the next step. (They’re the grout between each mosaic tile, if you will.)

“Today, there are a lot of highly trained people making trips under the hood, micropipetting fluids, tube welding, and manually manipulating bags,” Foster added. “These are not repeatable processes, nor are they economically sound as the scale and overall size of the treatable patient populations increases.” After all, this industry’s ambition knows no bounds, and solid tumor indications — which can impact hundreds of thousands of patients — are already on companies’ radars.

Perhaps one of the biggest inefficiencies Foster noted with (often repurposed) first-generation automation technologies is their inability to deliver digital information and interface seamlessly with the electronic batch record. (Hello, paper, our old friend.) Similarly, the industry is increasingly asking questions around the interoperability of the many diverse pieces of equipment integrated into their operations. Not every piece of equipment is going to talk seamlessly with the others — nor were they designed to do so.

“This makes it incredible difficult to create a digital, fully automated and integrated system,” Foster clarified. Without standardized hardware and software that can give real-time insights into what is happening within the process, the industry will not be able to demonstrate the reproducibility and control needed to successfully scale-up and, someday, decentralize manufacturing to minimize vein-to-vein times and get these products to patients faster.

Where Do We Need To Go From Here, Biologically & Technologically?

At this stage in the industry, there’s an intense longing on the innovator side for more efficient and innovative technologies that can specifically address the eccentricities of cell and gene therapy development. Of course, this is easier said than done — and my conversation with Foster nicely laid out the areas in which the tech provider community and industry need to focus their efforts today to see growth in the future.

When we’re talking about autologous therapies in particular, variability is the name of the game on many different fronts. Patient materials are going to be drastically different depending on previous treatment regimens and the disease state. In addition, companies are targeting different cell types and using a variety of processes to cultivate and modify those cells, whether that means working with adherent or suspension cultures (with or without microcarriers) and viral or non-viral transduction. In other words, the industry has really taken to Burger King’s former motto, “Have it your way.”

This is why Foster emphasized prioritizing flexibility in the automation journey. “Cell and gene therapy innovators and their tech providers must work together to ensure that the platform meets the needs of the process, as opposed to retrofitting the process to work within the constraints of the technology platform,” Foster spelled out. “Once we’ve done that, then we have to ask ourselves how we can use the disciplines of engineering and automation to make that process scalable, reproducible, and cost-effective. This is GMP manufacturing at its core.”

The autologous cell therapy industry certainly has its work cut out for it. As Foster outlined, one of the most labor-intensive steps of development today is the genetic engineering and expansion phases of the cell culture process. In the typical three-week development timeframe of an autologous cell therapy, these steps can take up to two weeks to accomplish. Though there is the alluring notion today about the use of a magic box to take patients cells in on one end and turn them automatically (pun intended) into a therapeutic, Foster emphasized that this is most likely to remain science fiction until companies and their tech providers learn how to best work with such variable starting material.

“We need to be able to account for that variability and adapt so that we can ensure the cells are responding in the way they should,” he clarified.

Some of the most critical adaptations he’s eying include the industry’s evolution to both adherent and suspension culture; the implementation of automated fluid handling and sampling processes; and the development of better bioreactor sensors and in-process controls. Foster pointed in particular to the industry’s increasingly great need for real-time insights into cells’ behavior in the bioreactor.

“The more we can learn about what’s happening inside that bioreactor — for example, the pH, temperature, lactate production rates, and oxygen consumption — the better off we will be in providing the cells what they need. That’s one of the biggest limitations to moving forward with a fully automated, well-controlled process right now.”

Foster also anticipates that cell culture challenges will best be confronted by an innovator’s and/or a tech provider’s ability to monitor, structure, analyze, and interpret data in real-time. Stepping beyond the excel spreadsheet and lab notebook approach is an evergreen goal and challenge for the broader pharma industry. But within the next five years in the cell and gene space, Foster believes we should — and hopefully, will — see greater adoption and integration of machine learning and AI, especially given the inherent variability of ex vivo development. This should also compel the industry to foster the talent needed to contextualize that data and to continue developing innovative analytical methods for quality assurance.

“We’re never going to get away from patient variability in autologous settings,” he said. “But if we are able to control and understand the process, then we can better single out the variabilities intrinsic to each patient’s cells. Thanks to the information garnered from thousands of previous runs, we will be better equipped to handle the cells’ behavior” (i.e., add more glucose or oxygen, agitate the cells more, etc.).

Visions Of The Future: Don’t Overlook The Forest For The Trees

To Foster, the cell and gene therapy industry can best be depicted using a Venn diagram — it’s one-third biology, one-third engineering/automation, and one-third data. While there are still a lot of important biological questions remaining that the industry must address, Foster cautions the industry and investors to not get so wrapped up in the biology that they lose sight of the two other equally critical components of that Venn diagram. Recent regulatory actions and an increasing amount of dialogue in the industry have thrust the importance of CMC and reliable manufacturing into the spotlight. He’s been heartened to note that innovators are increasingly getting this message; in particular, this is reflected in their hiring of manufacturing talent even prior to beginning preclinical work.

Often, when I ask experts about the silver bullet(s) that will solve a critical industry problem, the expert laughs and tells me there is no such thing as a silver bullet — or rather, that the one bullet is actually a million different bullets. As our discussion proves, there are going to be a variety of steps — biological and technological — the industry must take to achieve the coveted economies of scale. But if there was one overarching best practice Foster could offer, it’s this:

“We need to think about how we’re going to get these therapies to patients at scale from the very beginning.’ he concluded. “If we can’t do that, the incredible science will never realize its potential. We may be able to treat 10 percent or 20 percent of a patient population, but never the majority. It’s incumbent upon us to make the economic model for these therapies work, and we should be devoting just as much energy today to this effort as we are to solving the scientific problems.”