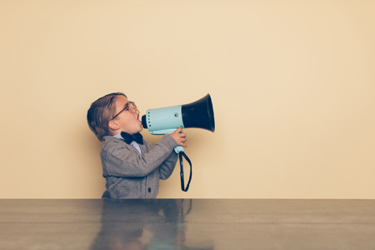 It’s commonly emphasized that communication is imperative for the successful development of cell and gene therapies (CGT). In fact, frequent and clear communication is often attributed as one of the factors behind successful outsourcing and supplier partnerships, regulatory strategies, and — ultimately — the successful commercialization of approved products. But outside of that vague phrase — "communicate often”— it’s rarely discussed what this can and should look like — especially when it comes to elevating information from the manufacturing floor/team up to the C-Suite.

When I learned that Poseida Therapeutics had appointed its former CBO Mark Gergen to the role of CEO in February 2022, I saw a great opportunity to dig into how he would be approaching manufacturing from the helm of a growing CGT company that boasts a diverse pipeline of products and technologies. I invited Gergen to join me and several other manufacturing experts for a Cell & Gene Collaborative conversation to discuss best communication practices between manufacturing teams and the C-suite.

Naturally, our conversation delved into the challenges of leadership during an era in which so many scientific and technological questions remain. (Check out this discussion in part one) But he also walked us through how he — as a non-scientist — works with his manufacturing team to immerse himself in the ins-and-outs of chemistry, manufacturing, and controls (CMC), as well as how communication patterns must evolve as the company’s pipeline progresses through development.

The Power Of Asking Why

Gergen has a long history in the pharmaceutical industry, including in the small molecule and biologics spaces. Though this is far from his first rodeo in biotech, we all know that being an executive in the CGT space is its own unique animal.

Working in any start-up environment demands that its business development and operations experts alike wear multiple hats. The CGT space is no exception; however, as Gergen also acknowledged, the quick pace of scientific evolution in the advanced therapies industry also requires executives to have a high tolerance for volatility and a greater amount of respect for manufacturing.

“The relationship between manufacturing and the end product is unlike anything else in the rest of the biotech industry,” he explained. “Because of that, as a CEO — and as any member of the C-suite — you need to have a very firm grasp on the science, your technologies, and their risks. You also need to be curious, which is essential for diving into and engaging with the nuances of your company’s scientific efforts.”

A phrase that regularly crops up in this industry is “learning to fly the airplane while you’re building it.” Whether it’s an autologous cell therapy or an ex-vivo gene therapy, or an allogeneic cell therapy or in vivo gene therapy, there is a long road ahead before there are standard “recipes” to follow. This makes the development of cell and gene therapies particularly humbling, regardless of your aptitude and knowledge of science.

As we discussed in our previous article, this lack of standardization is why Gergen advocates for executive leaders to regularly ask their CMC teams the “obvious” questions. It’s only in doing so that a company’s scientific, manufacturing, and C-suite teams can overcome any preconceived notions or biases about the “right” ways forward.

“In the biotech business, and especially in the extremely specialized scientific and manufacturing spaces, it’s easy to arrive at the conclusion that it should be done in ‘this’ way or ‘that’ way,” he clarified. “It’s my job to step back and ask, ‘Why do you believe that?’”

As he went on to explain, it’s only human to believe that what we know trumps everything that we don’t know. Great scientific or technical certainty can be risky in a space like CGT in which so much remains unknown scientifically. The entire manufacturing paradigm — starting with lab scale development, proceeding into process development and small- and full-scale manufacturing of the drug product — is a delicate system of checks and balances. As this previous Cell & Gene Collaborative article discussed, there will always be tension between promising lab-scale development and manufacturing given their drastically different cost of goods sold (COGS).

“We, like many other companies, have gone down the path of implementing process changes that didn’t scale, even though the early science seemed to suggest it was the right answer,” he clarified. “So, I commonly return to the question, ‘Why?’ Why?’ ‘Why?’ One of the benefits to being a non-scientist is not being afraid to ask what might seem like the most basic questions. I’ve found that the simplest questions can often stimulate meaningful conversations.”

When I asked Gergen what he needs to know, as opposed to what he wants to know, he said it depends on the therapy’s stage of development. His “need to know” increases as a product moves toward and into clinical development. Though the CEO may not need to know all the intricacies of the early-stage R&D work, it becomes increasingly important to have regular touchpoints as that potential candidate moves into late-stage discovery and preclinical to gear up for an IND. Once a candidate clears the IND stage and moves into the clinic, patient safety and efficacy become the central questions.

“As a CEO, my need to know rises upon entering the clinic because the costs of being wrong are much higher for both the company and for the patients in clinical development,” said Gergen. Depending on the individual development program, this can mean that Gergen is interacting at least weekly — and sometimes daily — with each product’s CMC team. This was a level of engagement that began with his appointment to CFO at Poseida in 2018, and later Chief Business Officer and President after the company’s IPO in July 2020. It’s said that the best way to learn a new language is to immerse yourself in that country/culture/social setting. In the same way, Gergen found the best way to learn the manufacturing language of the company’s first programs was by sitting in on the product team meetings and CMC meetings.

Today, he finds this same style of immersion valuable to advance the company’s nascent gene therapy pipeline. The ongoing safety and manufacturing concerns afflicting the broader gene therapy industry in the past few years warrants a much more hands-on approach at the highest levels of the company. As Gergen qualified, he is much more closely engaged with the company’s ongoing preclinical efforts in gene therapy because “we’re at a point both internally at Poseida and in the industry at large where it’s critical that we get the science and manufacturing right,” he explained. The company’s gene therapies are all currently in preclinical development. Poseida is responsible for leading R&D work, from which its partner Takeda will select several lead candidates for future development and commercialization efforts.

Though Gergen joked that his CMC teams may argue he’s a bit too curious and eager to learn the inner workings of their world, he’s also cognizant that the company’s growing headcount will dictate a more structured, formal approach to interacting with the cell therapy CMC teams in the future.

For example, as he outlined, the company recently implemented a more robust strategic planning and portfolio management process for its CAR-T programs. This process also includes a quarterly portfolio review, during which he is made privy to the high-level needs and hot-button issues that could impact each specific program’s timeline. He still remains relatively embedded in the gene therapy side of the business, but the company recently appointed Brent Warner as its new president of gene therapy to help put the necessary structures in place to scale that side of the business.

Though this increasing in-house structure means Gergen may not be as involved in the day-to-day CMC decision-making moving forward as much as he used to be, he re-emphasized the importance of having the right talent in-house. This talent must not just possess the best and brightest scientific, analytical, and engineering minds; they must also have the expertise, experience, and management knowledge to know which manufacturing challenges to elevate to the executive committee’s attention and which to handle on the manufacturing floor.

It's clear that a company’s in-house manufacturing team plays a critical role in keeping the company on track operationally — especially as the business matures. But Gergen also pointed to another important benefit solid in-house communication provides: it ensures the company remains aligned strategically with stakeholders’ most pressing needs.

“The investigators and clinicians relying on cell and gene therapies are regularly asking how these products are manufactured and what the release specifications are,” Gergen concluded. “They want — and need — to understand your manufacturing success rate for their patients because there is a very real patient cost that goes far beyond the financial cost of making these therapies. Across the industry, it’s our job as the manufacturers in this space to make the most informed scientific and strategic choices that will keep our companies progressing toward standardized and reliable manufacturing paradigms and improve patients’ access to these necessary therapies.”