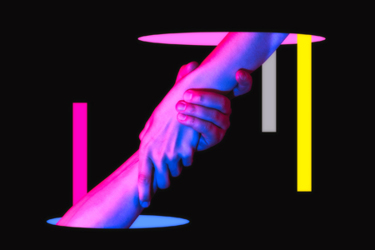 This article is the final installment of a three-part series examining how advanced therapy scientific and quality expectations are impacting outsourcing business practices/models today and, hopefully, creating a foundation for greater risk-sharing in the future. You can read Part 1 here and Part 2 here.

Those of you who have been around the pharma block a few times might argue that every new therapeutic class disrupts the normal outsourcing relationship in some fashion. Whether the advanced therapies (ATMP) industry itself is even “disruptive” is another related topic of debate. But as I touched upon in the last two articles of this series, the growth of the diverse cell, gene, and RNA therapeutics industries has led to manufacturing growing pains and shake-ups on both the innovator and CDMO sides.

In this series, I wanted to first look at the internal business and partnership considerations both innovators and CDMOs are facing to independently mature the CGT manufacturing paradigm. But what ultimately kickstarted this exploration was a question that I’ve been hearing more regularly: What does it mean for a biotech and CDMO to share risk in the ATMP space? In more mature industries, we can and certainly do think about sharing risk in terms of the financial. However, for a variety of commercial and manufacturing-related reasons, it’s not nearly as straightforward for the ATMP industry today. In fact, seeing as each product, manufacturing strategy, and/or partnership is not created equal, it’s safe to say that “risk-sharing” will likely have various definitions in the years ahead.

Below, I’ve shared a few brief examples/discussions on ATMP partnerships that go a long way toward helping us define how the industry is approaching “risk sharing” today. No doubt, these partnerships are informed and/or dictated to some large extent by financial considerations. But lying undercurrent in several of these examples, we can also see how many are also firmly built around sharing “scientific” risk, as well. Arguably, this is just as critical in an industry in which both innovators and CDMOs are striving to learn and standardize in tandem.

A Different Way Of Looking At Hybrid Outsourcing Strategies

My colleague Louis Garguilo at Outsourced Pharma has been a great resource as I’ve worked through this article series. In addition to the number of other Outsourced Pharma articles or Live events I’ve shared in previous sections, I was drawn to this article entitled, “Trade-Offs and Priorities: The Authentic CDMO Model.” From the title alone, you likely understand why I would choose to share it here in an article about scientific and financial risk-sharing. However, I was also drawn to its discussion on the importance of flexibility and mutual empathy within the outsourcing relationship.

As the SME explains, “I find CDMOs react positively when you can show them flexibility with scheduling. CDMOs respond to that give-and-take well because many of their other customers don’t…exhibit that flexibility…. It is a big positive when you can develop those symbiotic relationships…. That's powerful for getting CDMOs on your side….”

It wasn’t until I wrote my first article in this series that I began to think about flexibility in a different light. So often we discuss the hybrid outsourcing model as an answer to capacity constraints, ambitious pipelines, free-flowing funding, and/or a desire for control over scientific/manufacturing knowledge and IP. The industry is hardly bashful about its desire to control its manufacturing destiny.

However, after reading this article, I also began to think about the hybrid approach as a form of mutual empathy and scientific risk-sharing. Yes, bringing some element of development in-house permits greater control and agility, which benefits the innovator singularly (and their patients, of course). But on the flip side, we can also look at it as the innovator willfully shouldering more of the scientific and manufacturing risk, rather than placing it solely on the CDMOs plate. In doing so, the biotech can foster the type of outsourcing relationship that Garguilo outlines above: one that grants flexibility for more give and take and, in turn, is mutually beneficial for both biotech and CDMO business models.

Leaning In Shoulder To Shoulder? Or From Across The Table?

As the subhead above suggests, when it comes to the hybrid outsourcing relationship, there are two ways we can look at working together. I began thinking about this when reading through another Outsourced Pharma article entitled, “Executive Director, AAV: Title As Leading Indicator.” As Garguilo and one biotech manufacturing SME unpack here, there are a variety of different partnership models taking shape. Within each one, biotechs and CDMOs are ultimately learning together — however, this takes slightly different shapes. In some cases, the CDMO plays the role of innovator, tackling all the process development and manufacturing for the client. In hybrid models, the biotech “leans in” on their end, investing in internal process development until it’s time to tech transfer to the CDMO’s facility. Of course, each of these examples is necessary for the broader health and knowledge growth of the industry.

But in some partnerships, we may find that “leaning in” is done simultaneously. It’s becoming a more commonly shared best practice to start working with CDMOs during process development, especially to confront tech transfer issues early. I’ve shared this article — “Kite Exec Reveals Key Ingredient To “Secret CGT Manufacturing Sauce”— often, but I inevitably gravitate towards it because it showcases exactly this type of collaboration. Kite’s Sophia Sharp Donaldson explains the reasoning behind such a strategy better than I ever could:

“We’re starting to allow partners in upstream. Instead of just handing them our characterized processes and saying, ‘Here are our processes and the manufacturing equipment we need to use,’ we’re letting them in earlier so we’re both learning together how to characterize and scale those processes. I think that’s the secret sauce: to not be afraid of sharing and codeveloping your processes earlier because, at the end of the day, it’s going to help the whole industry.”

“Explore Novel Partnership & Outsourcing Structures” was one of five 2022 New Year’s resolutions for the ATMP manufacturing space. As Dark Horse Consulting’s COO Katy Spink shared with me and a small group of Cell & Gene Collaborative members last December, there have been some interesting outsourcing models taking shape over the past few years. In particular, she pointed to the increasing prevalence of the hotel model or partnerships in which the CDMO has a financial stake in the company (e.g., the Elevate Bio model). But there’s another critical partnership model today between biotechs and tech providers that demonstrates how companies are sharing scientific and financial risks to usher in the age of CGT platform technology.

As part 2 of this article series explored, one of the challenges facing the CDMO space is the lack of broadly available, flexible platform technology. This will hardly be a permanent issue; such technologies will inevitably be taking root more broadly in CDMOs over the next few years. As the second half of this article explains, anything you can do during process development to head off the (highly common) tech transfer challenges prior to the tech transfer itself will be helpful.    In turn, it behooves CGT manufacturers to strike up partnerships with those companies establishing platform technologies today.

For great examples of such partnerships, look no farther than those between platform tech providers and a variety of sponsors/collaborators (i.e., biotechs, academic, other vendors) in the cell therapy automation sector. (See: Ori Biotech’s First Real-World Automated Cell Therapy Platform Test or Cellares Adds PACT Pharma To Its Early-Access Partnership Program.)

I’ve heard it said many times over the past few years that such technologies will only be successful — and flexible — if they are adjustable to the process/product, as opposed to the other way around. To achieve such flexibility not only requires the tech providers to build a visionary technology with all the right bells and whistles to meet the needs of a diverse array scientific approaches. It also requires biotech’s willingness to develop their science and processes using these nascent technologies/platforms, ultimately shaping the end platform.

That’s why I see these early access partnerships as another critical example of how the ATMP space encourages scientific and financial risk-sharing. Vendor and biotech — both of which have important products on the line — are equally shouldering the risks of scientific, process, and technical inefficiencies together. Only in doing so can they figure out the necessary gives and takes that promote a more efficient and flexible manufacturing paradigm in the future.