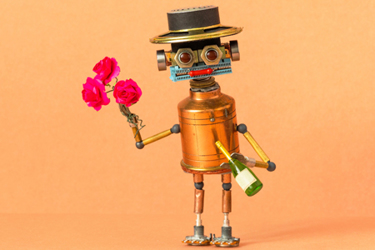 When it comes to the world of viral vectors, it’s would seem that AAV is the best-dressed Belle of the C&G industry’s current ball. It’s rare that I stumble upon thought leadership and/or conversations around the future of AAV’s (seemingly but not really) homely best friend, the lentiviral vector. (If you’re a fan of Jane Austen’s Pride & Prejudice, I keep thinking of LVV as Charlotte Lucas who ends up marrying Mr. Collins, who is the absolute worst.)

So, when I fortuitously stumbled across the article in Biochemical Engineering Journal entitled, “Lentiviral Vector BioProcess Economics for Cell & Gene Therapy Commercialization,” I was a bit starstruck. Not only did it put lentiviral vectors into the spotlight, for once, but it was also about reducing C&G therapy COGS, which is at the center of the C&G manufacturing universe.

It goes without saying that you should carve out some time to read the full article. But here are the bare-bones, no frills (or assumptions-laden) takeaways from this lengthy tome if you just want the big picture right now:

Now, heaven forbid I let it rest at just that.

Given the scalability and cost challenges associated with producing viral vectors today, I took the liberty (for better or, most likely, for worse) of (very loosely) translating this information into a Shakespearean sonnet. If you’re an NFT aficionado, please note that I do accept personal checks — and apparently, poets are capable of making quite a living on NFT poems these days. It’s always good to have goals.

To My Darling Lentiviral Vector: A Practical Love Poem

If I could, I’d ply you with wine and steak;
there’d be bed upon bed to rest your head
and as many plasmids as it would take
for you to feel fully completed.

Though my generosity knows no bounds,
my millions of dollars are too meager
to treat you like you’re wearing a crown.
There’s a future for which I’m all too eager

where you won’t eat me out of house and home
& James Bond is just wrong on “shaken-not-
stirred;” our future is STRs, less “Rom-
ancing the Stone.” Your stinginess isn’t hot;

For any hope that our love will survive
I need you to not be so one of a kind.