Bluebird Bio FDA AdCom: Your Viral Vector's Future Is In The Eye Of The Beholder 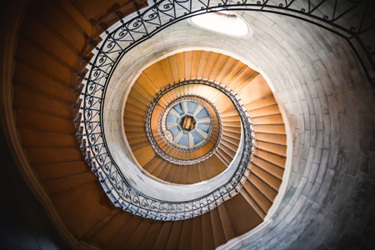 Editor’s Note: This is the second in a three-part series discussing several main takeaways from bluebird bio’s recent FDA AdCom evaluating its two ex-vivo gene therapies: eli-cel in cerebral adrenoleukodystrophy (CALD) and beti-cel in β-thalassemia. If you missed part one, you can read it here: Bluebird Bio AdCom: Risk Vs. Benefit A “Living” Measurement For Commercialized CGTs.

Just as Shakespeare could not compare his beloved to a summer’s day, the recent bluebird bio FDA AdCom was a great reminder that we cannot compare one lentiviral vector — or any vector — to another. (Though, we can certainly hope that our own vector(s) will also be more lovely and more temperate than a summer’s day…or perhaps our competitor’s vectors.) All poetry-related jokes aside, it goes without saying that the lentiviral vectors bluebird used in its eli-cel and beti-cel gene therapies were central figures in many of the discussions throughout the two-day AdCom.

Overall, I’d argue that this AdCom was important for those of us working in the gene therapy space for two reasons. One, it gave us a valuable glimpse into the challenges of both developing and improving viral vectors on the industry side. But if we look even more closely, it also clearly revealed the tension that can exist between stakeholders — namely industry and physicians — as it relates to evaluating the risks and benefits of making major changes to an approved therapy’s viral vector. As it turns out, that “golden” risk vs. benefit ratio we so often think of solely in the context of the clinical arena also ties quite nicely into the industry’s R&D and manufacturing efforts.

It's our ongoing job as an industry to continue exploring innovative, next-generation treatment options for our patients. However, after listening to some of the suggestions offered throughout the AdCom, I’d argue that it behooves us as an industry to demystify the development process for these therapies by more clearly connecting the development-centric risk vs. benefit dots for all stakeholders in the future.

The Vector That Launched A Thousand Questions

There are a number of pretty big reasons behind the AdCom’s careful scrutiny of bluebird’s viral vectors. In addition to a lack of industry-wide historical data on LVV integration, there have been several cases of cancer reported within two of bluebird’s LVV-gene therapy clinical programs — namely eli-cel and lovo-cel in sickle cell disease. As such, there were several instances in which bluebirds’ therapies — specifically their LVV vectors — were compared to each other during the AdCom to evaluate the possibilities of any shared clinical risk profiles across therapies.

However, it would seem that bluebird bio’s presenters did a great job presenting the details of eli-cel’s and beti-cel’s vector differences — or maybe the committee has been reading up on the FDA’s guidance on gene therapy sameness. Either way, the committee was well-versed on the fact that the LVVs in bluebird’s eli-cel (Lenti-D LVV) and beti-cel (BB305-LVV) contain different promoters and, as such, are definitively different vectors. In turn, they argued both eli-cel and beti-cel’s different viral vectors couldn’t be compared nor could any vector-related risks be inferred across different treatment settings.

I was particularly interested in the discussion surrounding Bluebird’s choice of promoters for both eli-cel and beti-cel because it clearly demonstrated a challenge many in the CGT industry are facing. On the one hand, beti-cel’s promoter was selected because it restricts expression of the desired protein within only a certain type of cells. But our understanding of biology isn’t always so neat and tidy — hence, bluebird’s approach with eli-cel’s promoter, which was selected to express the desired protein within all cells that are members of the hematopoietic “family tree.” (At the risk of sounding irreverent, one could perhaps visualize this difference as a game of darts being played with a dart [beti-cel] and a bucket of spaghetti [eli-cel].)

Scientifically, however, the latter/spaghetti-style approach makes sense given how challenging it can be — especially early in a therapeutics’ life — to understand which cell(s) are the main drivers of protein expression. In the case of CALD/eli-cel, it’s currently unknown which type of HSC needs to engraft in the central nervous system and produce the necessary protein (ALDP) to stop CALD. As such, the company needed to employ the “ubiquitous” promoter to drive broad levels of therapeutic expression.

To Change Or Not To Change A Vector: This Remains The Big Question

Given some of the serious adverse events encountered in the eli-cel trial, it wasn’t necessarily surprising that bluebird’s choice of eli-cel’s promoter (MNDU3) was discussed at length. With each additional comment, however, some notable differences emerged between how the industry and the advisory committee were/are approaching the risk vs. benefit analysis of “improving” a vector. This became particularly apparent when one AdCom member asked if the company had any plans to change that promoter — in part due to MNDU3’s myeloproliferative capacity. As the meeting progressed, several more members even went so far as to advise that bluebird (or even another company) continue to investigate making this change.

Those of you working with vectors (of any kind) will know that this is not a minor suggestion. In fact, the comparability wizards among us will know that changing the promoter would be a considered a major change from the regulatory perspective, because a new promoter would impact the therapy’s clinical and safety profile. In fact, it could even be so significant a change as to warrant a new IND. (For more on this topic, be sure to check out ARM’s A-Gene chapter on comparability [p. 195].)

Now, it’s hardly wrong to hope or expect that we as an industry will continue to improve these therapies and/or their vectors. Though we’ve had some incredible clinical successes with both cell and gene therapies, we and our patients, their families, and physicians all have dreams of how these innovative therapies could be even more clinically meaningful and widely available. This is why we are already working on increasing vector and product manufacturing efficiency; identifying and safely employing new viral or non-viral methods of delivery; and improving overall transduction rates (while, hopefully, decreasing the amount of vector required to do this efficiently).

However, at the end of the day, each of these significant undertakings is superseded by an even bigger challenge. As drug developers, we have the responsibility for carefully evaluating and determining which changes to an already existent product may be worth pursuing. This requires accruing substantial evidence to suggest that the potential benefits of making that change will outweigh the development and clinical risks. (Let’s also not forget that that change has to be manufacturable and scalable).

In the long run, we’re all striving to understand the biology of the diseases we’re treating and our therapies’ critical quality attributes and mechanisms of action. In the case of eli-cel, identifying the cell responsible for engraftment in the CNS would be a significant milestone in the quest to develop or improve gene therapies treating that specific disease. This is certainly well within the industry’s — and bluebird’s — abilities to do in the future.

However, as one bluebird bio exec explained, scientific research aside, there are a lot of other factors that need to be in place to support making a significant change — such as switching a promoter. In some cases, we may not have the right tools to obtain the data we need to justify such a change/development risk.

For example, as the bluebird’s exec explained, eli-cel passed its nonclinical tests with flying colors. These tests did not indicate any risks of oncogenicity. However, I liked what she followed this information up with: “Because it passed all of the tests, that tells us that the tests are probably not appropriate.” As she went on to explain, a new promoter could potentially perform well in nonclinical testing and promise less risk of oncogenicity in patients. But at the end of the day, the current promoter passed all the nonclinical tests and, for the majority of patients, is providing a much-needed therapeutic benefit overall.

It’s also worth noting that the journey to a viral vector is a long one; in this case, eli-cel’s vector was designed in 2010 and only just now, 12 years later, are the long-term clinical effects becoming known. Ten years down the road, we could find that a new promoter that initially promised less risk does not meet the same clinical success threshold as the primary product.

All this is to say that we must dream big as an industry and always be improving. But as we weigh the possibilities for next-generation products and defend our current products, we have to regularly and openly communicate with our stakeholders about the limitations of development and certain changes’ impacts on long-term benefit and risk. There is data-driven improvement and improvement for improvement’s sake — and only one of these has the potential to be beneficial for patients.