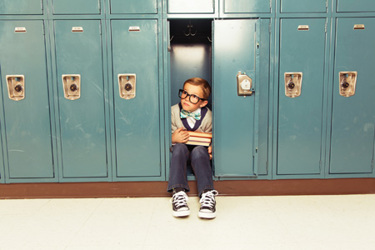 Day-in and day-out, I write, read, listen to, and watch as much content as I can about CGT and RNA therapy manufacturing, in particular, and/or other ATMP industry-related topics that you should at least be aware of in the manufacturing facility. Every two weeks, I compile the articles and industry updates I think are most worthy of your time into an unconventional newsletter format (below) and send them out via email.

A few weeks ago, I attended my partner John’s 25th high school reunion so he — a formerly angsty, thrill-seeking daredevil — could prove that all the things he and his friends did in high school that should have killed them were in no way tall tales. This got me thinking about the personas we’re most likely to run into at high school reunions — and, as I looked over the list of CGT/RNA articles I wanted to share, I thought that they all in some way fit within one of these persona groups. So, please enjoy this class reunion you may not have even wanted to attend — but which ended up happening right in front of you regardless.

"The Changed One:" They go to prove just how much they’ve grown up (resumés/CVs available upon request).

"The Unabashed Nerd:" They show up with their real name AND their Dungeon’s & Dragon’s character name on their name tag.

"The Jack of All Trades:" The star basketball player, accomplished cellist, debate team captain, and one who learned Latin on the weekends — just for fun.

"The Square:" They never partied, got all their homework done a week early, and then got more assigned for the entire class.

"The Life of the Party" — they delivered personality, adventure, style, and good looks, and they never showed up to a party empty-handed.

"From ‘Who?’ To ‘Whoa!’:" They were there all four years, but now the music stops when they walk in.